Alex: A lot of people in LA go sober for the month of January. Mostly because they drink so much over the holidays and need a refresh. I decided to join the trend and take on the challenge. I don’t have a drinking problem or anything, but I wanted to realign my will power. As a writer, you set a lot of your own deadlines and I felt like I was slacking with self discipline so I needed to remind myself that I control my choices. I went with what I thought would be simple… sobriety. But it wasn’t as easy as I thought it would be. I noticed how much of a crutch drinking is in a social setting. The booze becomes a security blanket that warms me up when stepping outside of my comfort zone. It’s easier to talk to someone you just met or dance and not care what anyone thinks once you’ve had a few drinks. But after the first night I realized how much more I appreciate a sober conversation. You’re not only more present during the conversation, but you can remember them afterwards. It was eye-opening to be the only sober one at a party and watch people talk about the same things over and over. After a couple of weeks, I started to feel more motivated, it was easier to get up in the morning; life just seemed a little more grounded when I wasn’t prioritizing the weekend escape. I’m not saying that I’m done drinking, I’m just done pretending like I’m still in college.
Nik: Although I just had a Sunday mimosa and am a little buzzed as I type this, I must admit there’s something really powerful about going sober. I don’t consider myself the most devout person, but every year I give up something for Lent. I like the discipline of it and the psychology behind giving up something that’s challenging to live without. One year I gave up french fries, another year shopping and one year I gave up booze. I was sober for 40 days. It was hard at first, mostly because as a single person in LA, a lot of what you spend your time doing includes drinking with friends at dinner or various events. But without it I found that my conversations with friends were more succinct and meaningful, my mood was more balanced, I slept better, I got more done, and I just felt an overall sense of well-being that can only come from that sort of discipline. It was pretty great. And man that first sip of wine after taking 40 days off tasted like poison. It was crazy. I think it was really good that you participated in Sober January. I think it’s a good lesson in self-discipline and makes you really understand that you’re in control of your choices and the power that comes with that.
Alex: French fries?! What are you giving up this year for Lent?
Nik: I gave up negativity. It’s so hard! I mean AWESOME!
Alex: Boss status. I like the idea of giving something up each month.
Nik: Me too. It’s such a great practice in mindfulness and forces you to be present.
Alex: I agree. Hmm what should I give up next?
Nik: Pizza.
Alex: No. 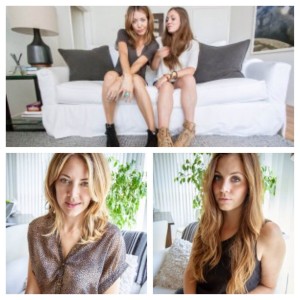